Similar to the Star Wars marketing machine (also a Disney division now), the word “Frozen” conjures up memories of one of Disney’s popular, if not most popular, movies of all time. Merchandising opportunities generated by the Frozen commercial empire have shot through the roof. Combine Frozen’s soundtrack with the Disney Karaoke Series and you have a sure winner. Kids – and adults – love to play and sing Karaoke. Now, their Karaoke experience can be complete with the Disney Karaoke Series: “Frozen” CD. It’s complete with all the favorite songs of the movie.

Featured on the track are eight songs, including, “Let It Go,” “For the First Time in Forever,” “Fixer Upper,” and so much more. You can sing along with the instrumental format or use the vocal recording, so you can learn and sing the songs however you want.

Since Karaoke CDs are designed to be used with Karaoke machines, you’ll need to hook up the machine to the television (not a computer) so the words to the songs are displayed.

If you need to purchase a Karaoke machine, consider “The Singing Machine SML-385W Disco Light Karaoke System,” which is low-priced and specifically designed to play all of your Karaoke CDs.

It’s top-loading with flashing disco lights and comes with two microphone jacks and separate volume controls. Fans of “Frozen” will love this CD, which comes with a booklet that includes all the words to the songs on the CD.

Kids love belting out the songs in a Karaoke format – and adults will join in the fun too. Singing is a stress reliever and a great way to bring the family together. If your child is mesmerized by all things Frozen, like so many children, look at some of the other toys that Disney has created. The Frozen Flashing Light-UP Karaoke features amplified sounds and lights and comes with the Frozen CD and lyric booklet. There’s also the very popular, Disney Frozen Elsa & Anna Sing Along Boombox, which is a less sophisticated version of a Karaoke machine.

It’s especially designed for little princesses and features Anna and Elsa from Frozen. Toddlers love Frozen too, and Disney has created toys designed for them. The Disney Frozen Playland with 20 Balls features an interactive panel including holes for the balls and allowing for a peek through the windows.

Disney has created quite an enormous collection of Karaoke CDs that your children and entire family will love. If you and your children like to play Karaoke, check out “Disney on Broadway,” “Disney Mania” and other great Disney movie and presentation CDs. 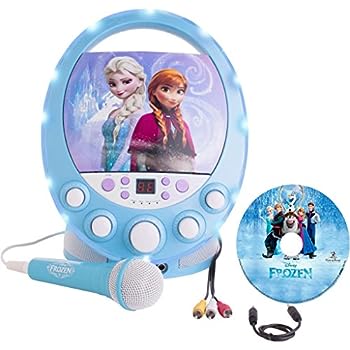 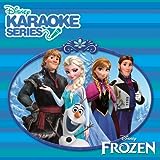 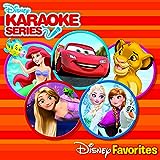 You can always depend on Disney for fun and age-appropriate toys for your children. They make great gifts and are colorful and designed to last. You’ll never go wrong with anything Disney.