When I was a kid I would play with slot cars, racing against my brother for hours. I had the red car while he raced the blue. Crashes were the best part. Scalextric has taken the old slot car tracks and cars and given them a 21st century boost. Read on to learn more.

Plenty of kids know the thrill of playing with slot cars. Racing them around the track for fun or in competition to try and beat your opponent was a great way to spend a few hours having fun. There are now offline groups and tournaments for these little racers.

You can get different sets and they each offer different features. Some of the features are the same throughout – such as being able to race against an opponent, getting to keep up with the times of the laps, battling it out in tournaments and even holding a drag race event or two.

Technology makes it all possible and by combing the technology of Bluetooth with the fun of racing cars, Scalextric created a game that can work with your smartphone.

There are no more guessing games with the races once you situate your phone in the holder the racetrack has. Kids no longer have to guess when it’s time to set off from the starting line and there’s no figuring out if one player jumped the gun. 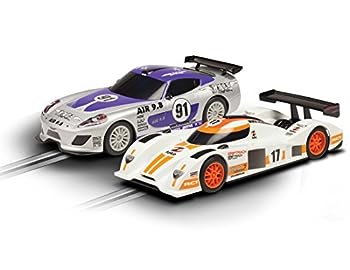 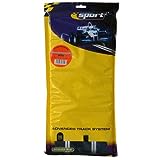 The app will let the drivers know when it’s time to take off for the laps and at the end of the game, it tallies the score to show you which car came in first. The speeds are accounted for and each aspect of the race is covered so that kids get to view it once the race is over.

Just like running cars at a real racetrack, the game adds an element of reality here by offering pit stops. The cars will be notified when they need to come in to get the once over and if they don’t listen up, they’ll get the penalty for not listening to the notice to come in.

The pit stops can cover things like a tire puncture or engine trouble, fuel or more. The app will clock the time the race began and has the feature that will shut down the power if a car ends up off the track.

There’s also a jump start penalty, the option to change drivers, and a lap counter as well as a qualifying laps. The cars can race neck and neck or kids can employ whatever driving decision they want that they think will make them take first place.

The app you use with the system will give you the racing modes, the setting and more. You do get hand throttles, but some of the sets do offer wireless play. The cars from one set are compatible with the cars from another Scalextric set, including the older models. The sets work with with Apple or Android phones.

These Scalextrix slot car sets are definitely not the cars and sets from your youth. They are technologically advanced, realistic, interchangeable and a whole lot of fun.